The water temperature has dropped below 14 celsius and the cod season has gone of to a great start with many decent fish caught around the city. We have also gotten our fair share of the action and landed some beautiful fish in Nordhavn.

The cod season has started well this year for both Frederik and me. In only one week we will do our first guided tour this year and based on our catches so far, our guests have some great fishing to look forward to.

Me with a 53 cm cod from Orientkaj

After a difficult evening trip without much action at the start of the week, I had a good evening grind Yesterday landing two cod around 40 cm. One of them half an hour before sunset and the other in complete darkness one hour after sunset.

This morning I was at it again fishing for four hours at Sundkaj and Orientkaj. It started promising when I had a follower at Sundkaj in the second cast but then nothing happened for some hours. But later at Orientkaj I first had a contact which I lost in the hookup, and only half an hour later a good fish hammered my red jig. After a short fight I netted a 53 cm cod that I brought home for the kitchen. 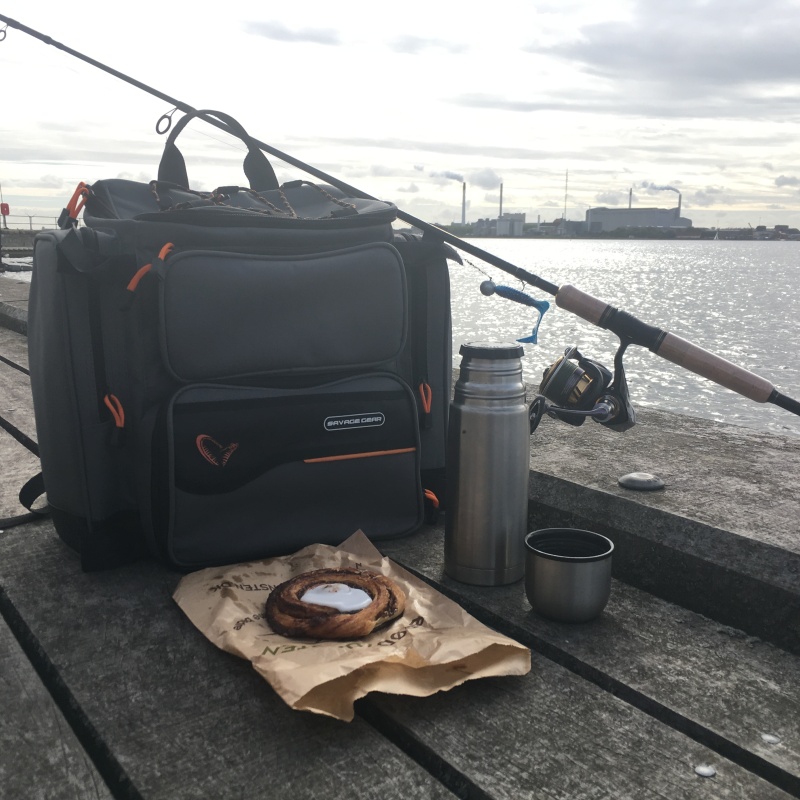 Not the worst way to spend a Saturday

Frederik has started the season even better than I catching fish on all three trips he´s been on the last two weeks. One of them is one of the prettiest fish I´ve ever seen in the harbour. 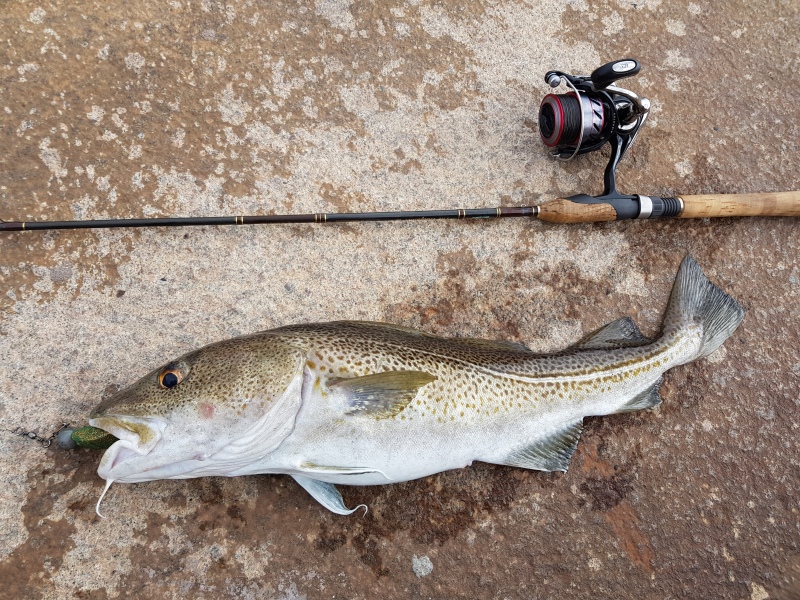 Beautiful catch by Frederik from Fortkaj

All of the fish we have caught, have been persuaded by 15-20 gram jigheads with red, yellow and green jigs. As for me, I plan on doing some more experimenting with crab imitations on a dropshot this season. It is so often that the fish have a crab or two in the belly, so I want to check how my classical jigtail catches compare to my catches when I use crab imitations. More on that later.

You can learn a lot from your cod´s belly. This one had two crabs, one medium and one small, and a shrimp inside.