Sometimes seatrout fishing is a waiting game. You fish for hours and hours and absolutely nothing happens. You don´t see a fish, you don´t feel a fish. Then suddenly out of nowhere your spot is filled with hunting seatrouts and you make a decent catch. When it comes to the almighty badboys of the sea – the seatrouts – you just never know.

This is just what happened for me Thuesday. I went to Kalundborg Fjord once again for some heavy trout action. The days before it had been snowing heavily but this day the temperature reached 4 celsius meaning that the ice and snow was melting.

On the first spot I tried there were 0.5 meter waves stirring up the bottom. I fished it through with my lure but with no luck. 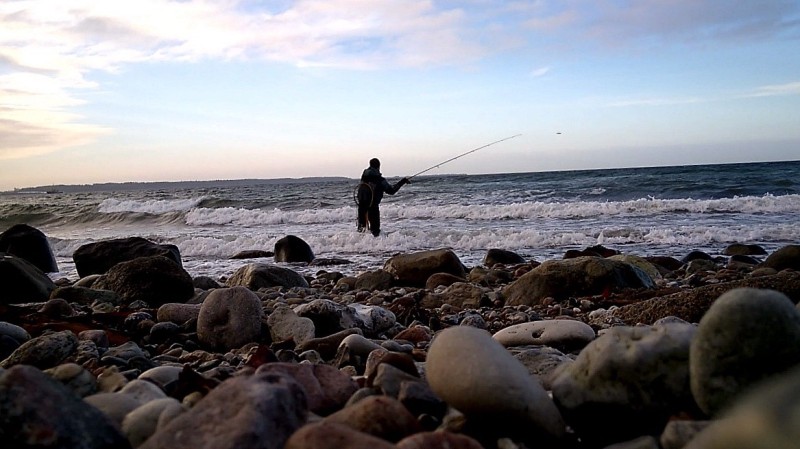 Lure fishing in the waves.

So after two hours of fishing I switched position to a bit more quiet spot. When I got there a small pack of rainbows was swimming around in the shallow water. I tried to cast to them with some small flies but with no real luck.

I fished on for three hours with no contacts at all. Then I made a cast alongside the coast and a small seatrout took my fly on only 40 cm of water. 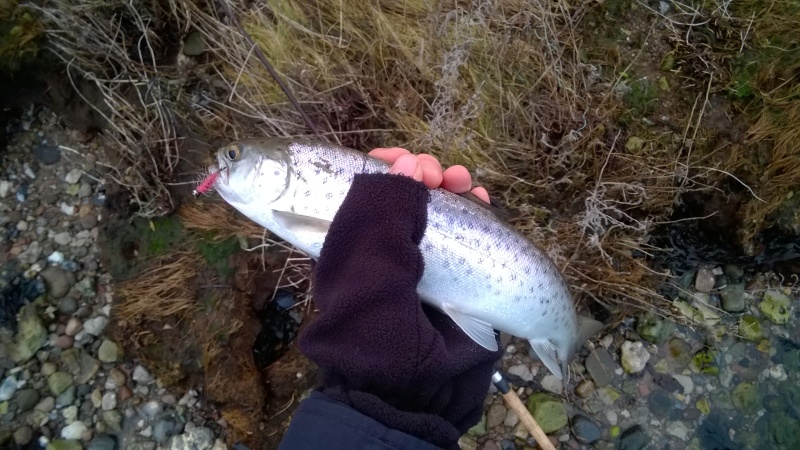 Small seatrout that took the fly in 40 cm water depth. It was released afterwards.

All of a sudden the spot was packed with seatrouts and in the next cast I got a new bite from a hungry trout. After some flying trips I landed and killed it. I fished on and got some more cautious contacts but no one that sticked on to the fly.

This trip once again proved how patience is an important part of seatrout fishing. A spot that had been dead for hours quickly came to life. This is so typical for winter fishing where seatrouts hunt in groups and only feed for short periods. Happy new year and see you on the coasts again in 2015! 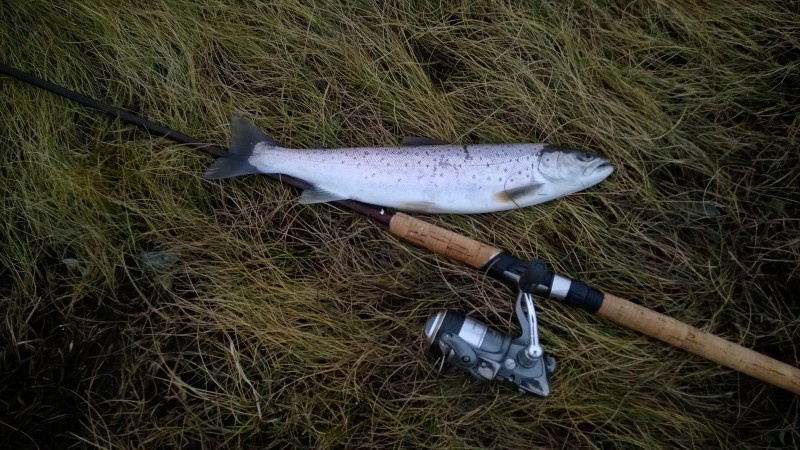 This seatrout took a brown and pink shrimp fly. 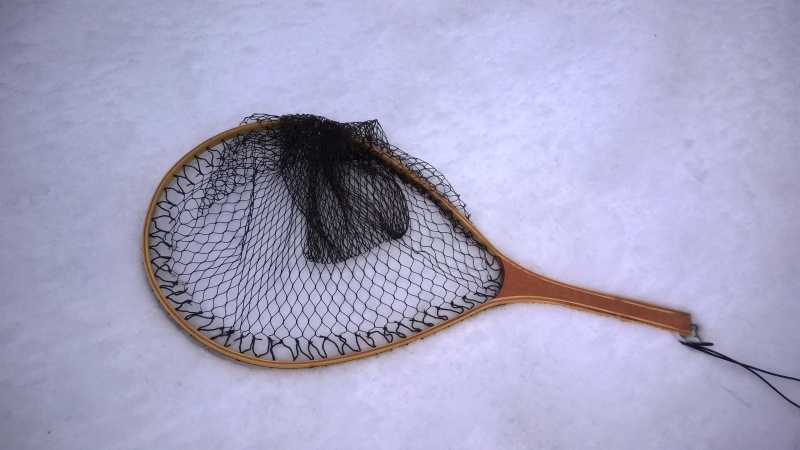